English Am Hill Grinds Through Among Pros 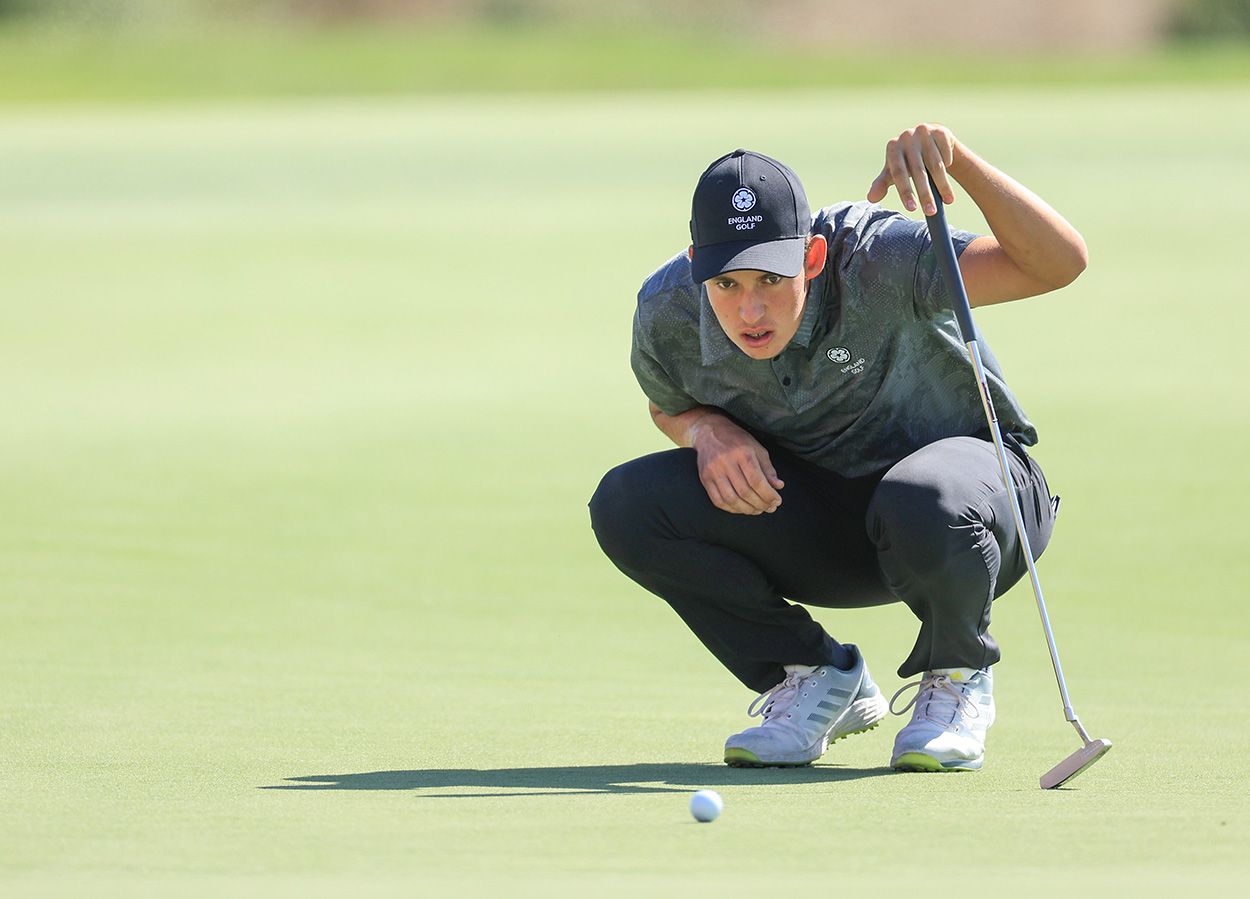 Following the highs of the opening round, when he put together his first sub-par round on the DP World Tour in his third start, Friday’s ferocious 28- to 32-mph wind just blew him away. He wasn’t alone in getting battered, but he probably expected a lot better from himself.

Put that down to exuberance of youth, or his lack of experience. On a day when more seasoned pros would pardon their own mistakes, Hill was beating himself down, pointing at everything he did wrong in vivid detail.

Despite the presence of some of the biggest names in the game, Saturday at Yas Links belonged to Hill. He returned early to the golf course, and even though parring the first two holes was not the most ideal start, he made the three birdies that would extend his stay for the weekend during the last four holes. That stretch included his “shot of the tournament,” a 10-foot birdie putt on the 18th hole with the weekend on the line.

Later in the day, he turned around his third round in spectacular fashion, going birdie-birdie-eagle-par-birdie for his last five holes and finishing with a 69.

Hill, who was recently retained for the 2022 England Golf Boys' team, closed the tournament with three bogeys in his last four holes for a 75 and tied 58th place at 3-over total. Needless to say, he wasn’t happy with the final result, despite finishing ahead of world No 2 Collin Morikawa (T62 at 5 over).

Asked about the positives he’d take from the week that would help him play better in next week’s Slync.io Dubai Desert Classic, where he has a special exemption, Hill said: “I think there are positives. I had a terrible front nine on Friday, had a bad day today. I missed quite a few putts in the first round and made some silly mistakes yesterday. Even though I’ve had a lot of good golf during the week, I had some bad golf and was still able to play four rounds and beat some quality players. I think I’d take away that I never was in full flow apart from the back nine on Saturday, and I was still able to beat some good players.”

Born and brought up in Dubai, the 6-foot-3, prodigiously talented Hill truly caught the eye when he started competing on the Mena Tour. He was winning almost every amateur event in the region he was teeing up for, but the enhanced competition from the pros was just the kind of schooling he was looking for.

In 2020, Hill qualified for the Abu Dhabi HSBC Championship the same way he did this year – by winning the Abu Dhabi Amateur Championship. In his debut appearance, he got a chance to play a practice round with the then world No 1 Brooks Koepka. The American was all praise for Hill and said in a press conference that he lost his nine-hole match to him.

Hill feels a lot has changed since then. During the pandemic period, with not many tournaments to compete in, he spent plenty of time with his osteopath father, Russell, in the gym and got stronger. And he felt he has gotten wiser.

“Two years ago, I was two years younger, and I had a different mentality,” Hill said. “I was celebrity-watching rather than getting on with my job. And I think that mentality has changed and it’s probably changed for the better. I still like to watch the good players, but I try to learn from watching them. In 2020, I was just watching them in admiration.”

Josh also has an amateur invite to the Saudi International (Feb. 3-6), which means the WAGR No 187 will be playing alongside top professionals for three consecutive weeks.