This is the annual county area Junior League Winners Team competition. The winning club from the four Area Leagues are invited to play in a six member team competition.  The clubs this year were Boringdon Park, Churston, Exminster and Portmore (the defending champions).

The weather was lovely for a late autumnal day. The players were in shirts, some even in shorts, whilst the spectators were all wrapped up against the chilling wind sweeping across the moor.  DevonGolf President Richard Pascoe saw everyone off the first tee with much encouragement and lots of support as he watched the tee shots disappearing into the distance toward the first green.

The course was in lovely condition and appreciated by all though proved very challenging in placesalthough three juniors had scores under par.

The team results (best 5 scores) at the end of the day were:

The Henry Truscott Trophy was presented by the President Richard Pascoe to a very excited winning team. 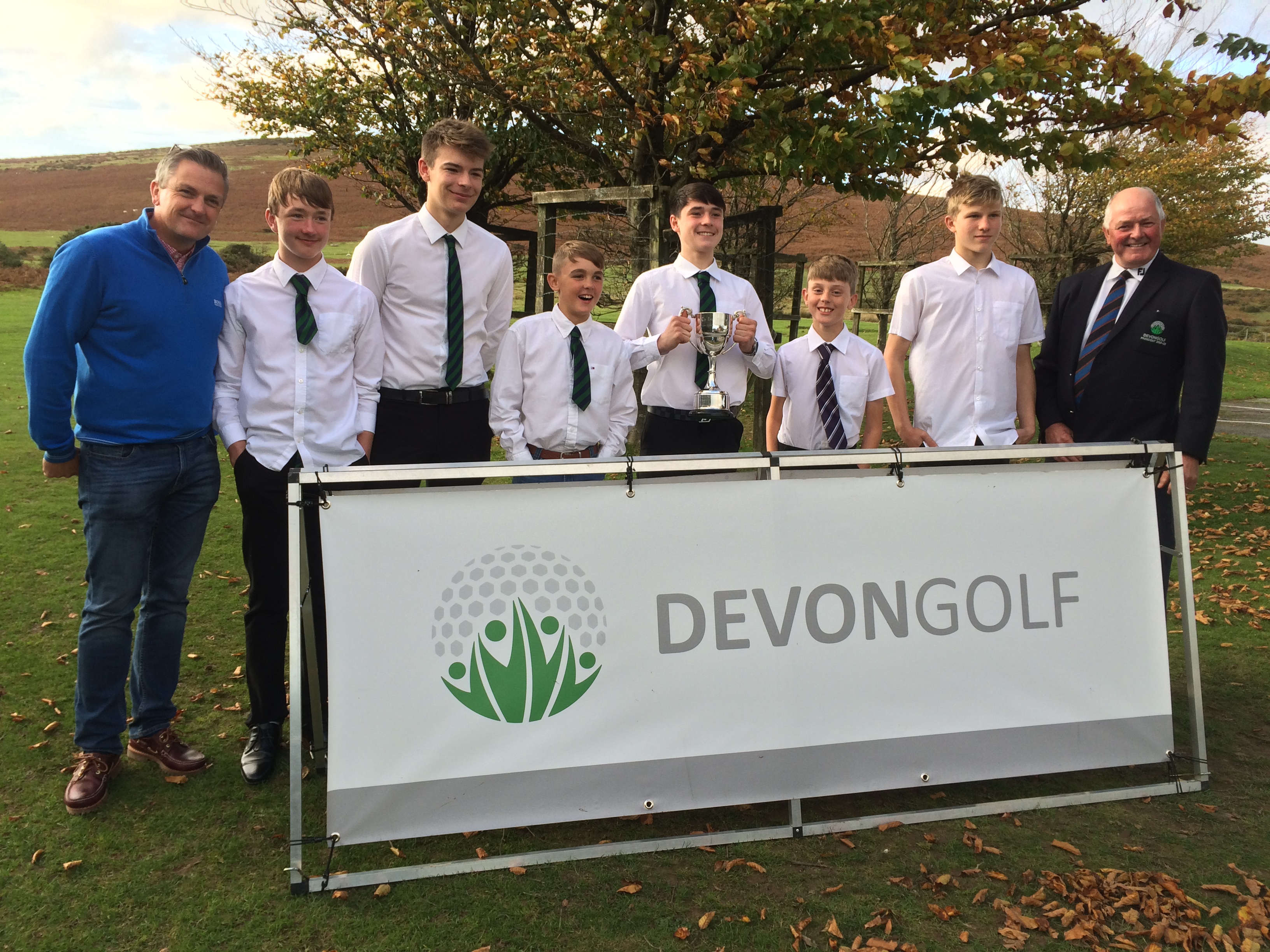 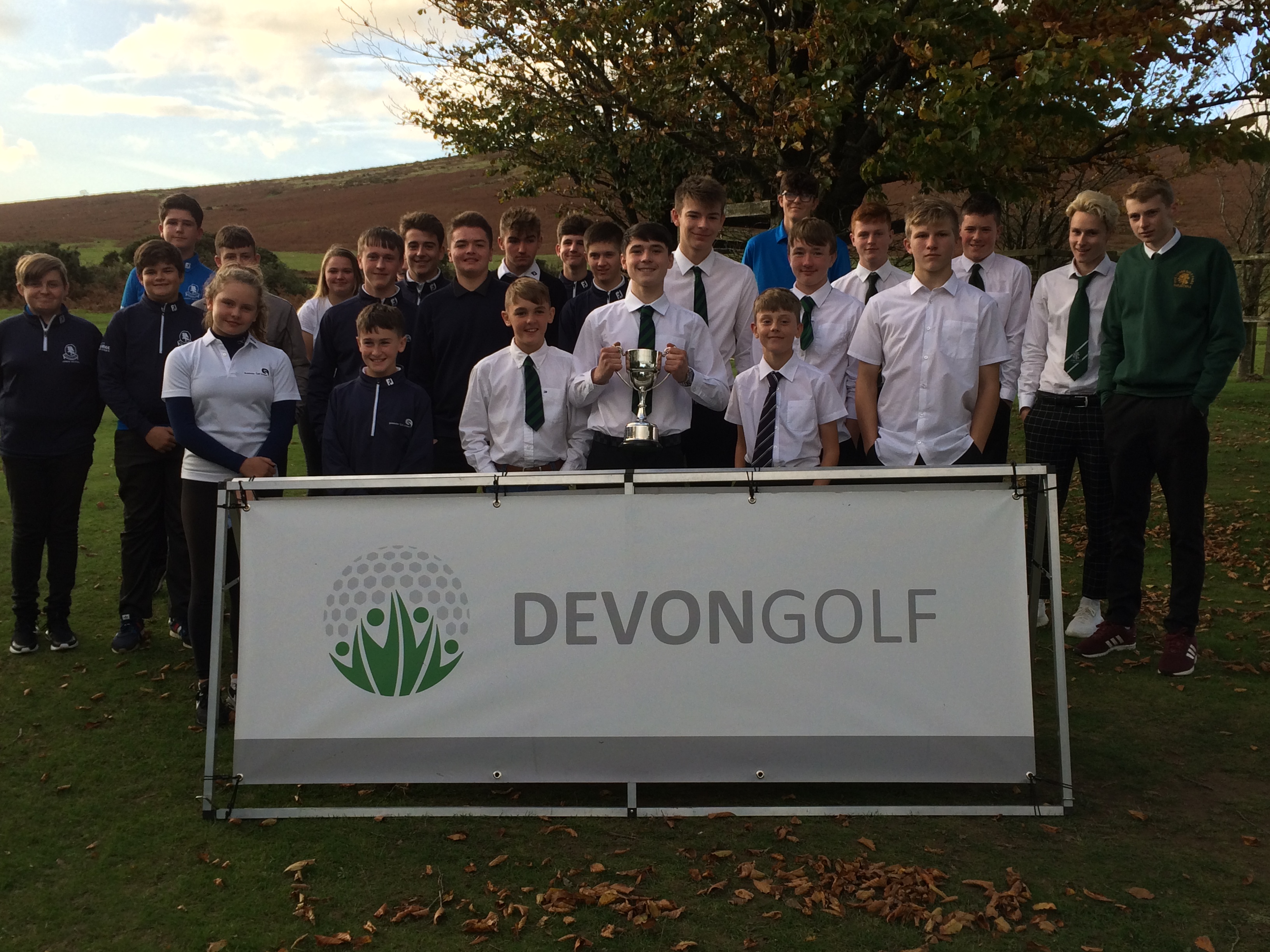