It has been mixed fortunes after two days of Match Play between the South West counties during South West Week at Parkstone GC. 4 out of the 6 counties have both won one and lost one of their two opening matches apart from Dorset who sit at the top of the table with two wins and Somerset suffering two losses.

Devon lost their opening match against close rivals Cornwall on Day 1 after leading the way 5-3 in the singles, only to be overturned in the foursomes losing all 4 matches which equated to 6 points and a 9 to 5 loss,

Day 2 saw Devon take on Somerset and this time the scores were reversed with Devon trailing 4.5 to 3.5 after the singles in the morning. This time Devon would dig deep and took 2 wins and one half out of the afternoon foursomes games to overturn the deficit by half a point to claim the match victory and get the first match point on the board. 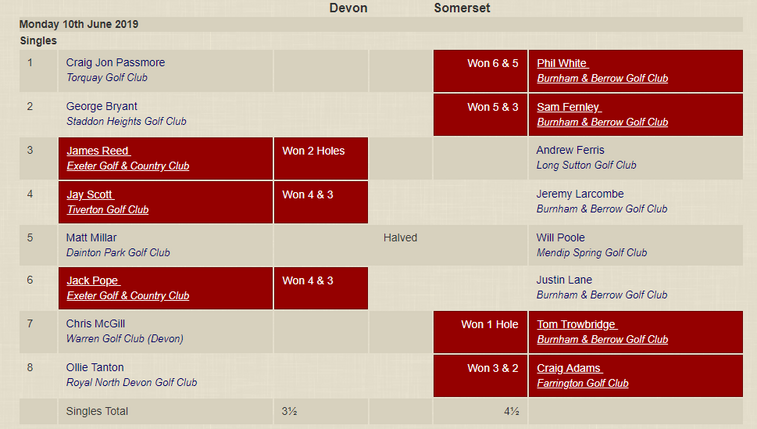 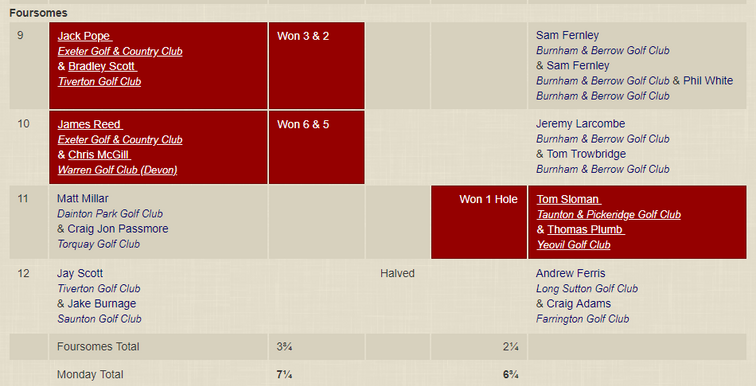 Tomorrow (Day 3) moves to the Stroke Play element of the week with the SWCGA Amateur Championship being played. Within this competition the England Golf Champions Qualifier is played, where the county that returns the best combined total score from the 6 nominated players progesses to the national finals. The winning team is crowned South West county champions.