Chloe Howard had almost the perfect day on Sunday as she tore it up at Bath Golf Club to win the West of England Amateur after opening with a record-breaking 11-under-par 63. 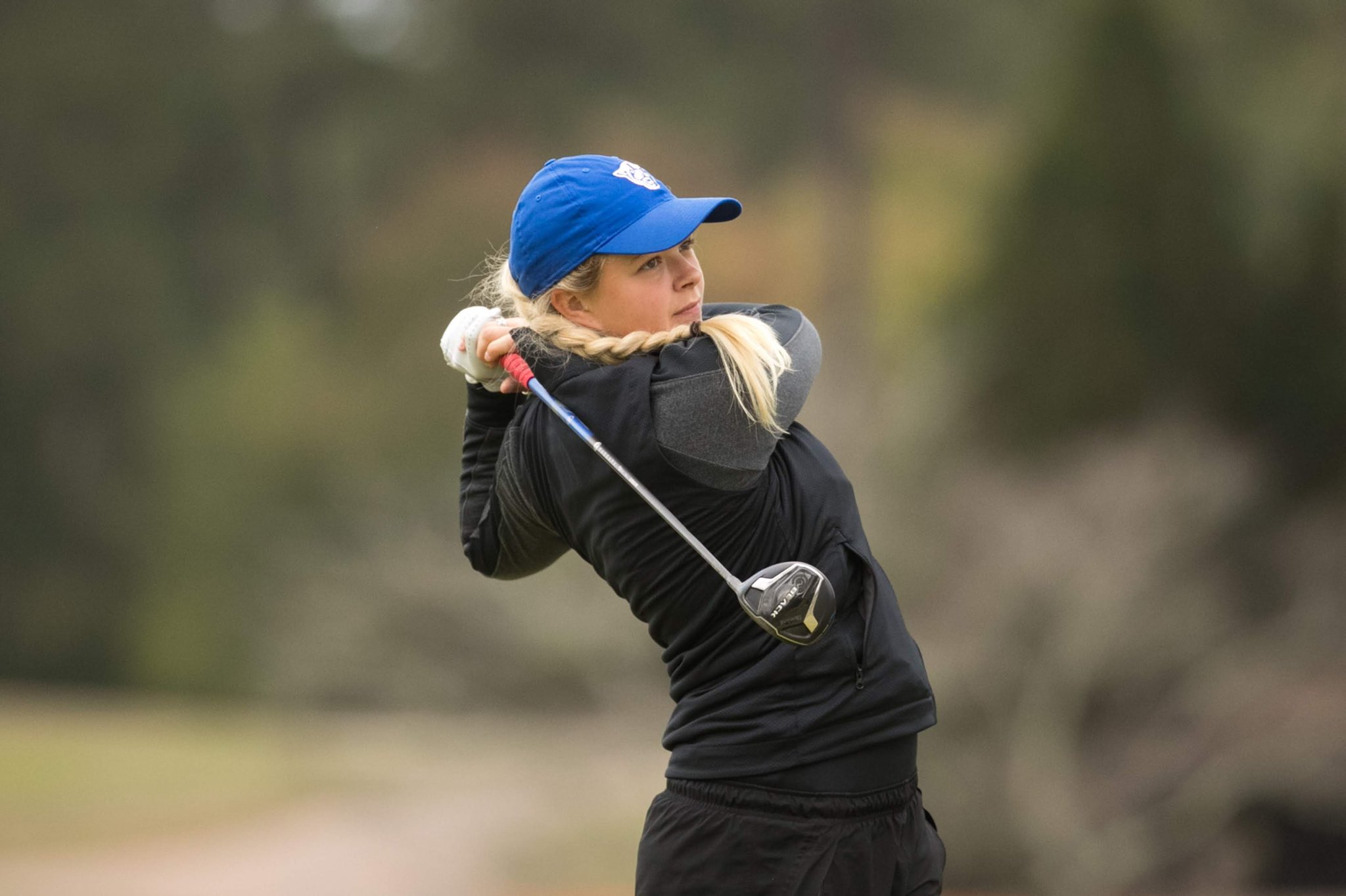 The Devon champion shattered the course record and her own personal best effort (-8). A staggering eight birdies and two eagles helped her win the tournament by eight shots from Comboy Scratch champion Ana Peel.

The 23-year-old, who finished in a tie for ninth at the Welsh Open Stroke Play last month, followed up her morning effort with a one-under-par 73 and felt like she “weirdly played exactly the same.”

“I was so relaxed all day,” said the Boringdon Park player. “It felt like the way I do when I’m just playing on my own and listening to music. Once I got to eight or nine under I felt like I might get nervous but I kept saying to myself ‘just one more birdie’ and it kept happening.”

It was only on 18, having reached the magical double figures, that she had par in my head.

“I must have been fuelled by adrenaline because I hit a huge drive on 18 and, having left myself not very much in, just said to myself ‘just get yourself a par’. There is a huge oak tree on the left and a big drop-off at the back but my second just pitched to six feet and rolled up to three feet. I wanted to take a good ten minutes to analyse that putt.”

She would hole it to come home in a six-under-par 30 and leave herself eight shots clear at halfway with Cornwall’s Danielle Hardwick and Newport’s Lauren Hillier both opening with 71s.

However in the morning it was all about Howard, who parred the first and then got things going at the next, sticking her drive at the short par to eight feet before lipping out for eagle.

She also had an eagle opportunity at the third but a good two putt would get her two under par although she would not have to wait long to get her first eagle. At the par five fifth, after a big drive, she sent a nine iron to eight feet and knocked it in.

Howard’s only bogey of the round would follow straight after as she fired her birdie attempt seven feet past and missed the return.

However she devoured a couple of shortish par fours that followed. At both eight and nine she had nine iron in and knocked them close enough to get to five under par.

She started the back nine with another excellent short iron. This time it was a wedge to six feet and the putt was holed.

Her second eagle of the morning came at 13 where she left her second on the fringe but picked the right line, draining it from 15 feet to get to eight under.

That became nine under at 15 where she executed a 40-yard flop shot beautifully and followed it up by making no mistakes from seven feet.

At 16 she sank one from 10 feet to get to 10 under before parring 17 and then finishing it off in style at the last where she collected her 11th three.

The former South West U-18s champion would have to ‘settle’ for a one under par score after lunch as the putter cooled while Peel moved into second and Lexi Dart (Churston) leapt into third on the back of the lowest score in the afternoon (67).

“In the afternoon I played really solidly,” added Howard. “It felt exactly the same but a few things didn’t quite go my way and the putts didn’t drop.”